So, cake is kinda a big deal to me…. Aulani’s Memories Collection package does not include cake, so I worked with my planner to special-order one. You can see  the basic cake ordering info for Aulani HERE.

We decided to just get a 6-inch round cake. I always get red velvet or chocolate-peanut butter, so, to mix it up and run with the tropical theme, we asked for coconut cake with coconut frosting (but NO almond extract used anywhere in the cake, just in case…). The chef approved the special request.

Design
We’ve had so many Disney anniversary cakes, that I had trouble deciding what style to get for this extra-special anniversary. I tried to think of something that would tie back to our wedding without being a variation on that cake (since our first anniversary cake was pretty much un-toppable). So eventually I decided to ask if Aulani could replicate our wedding china pattern. 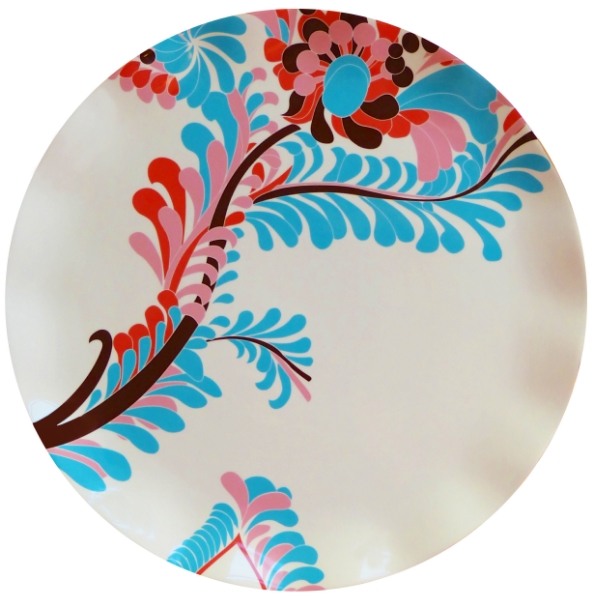 Having had a few mix-ups in the past, I was very careful to send lots of reference photos for the chef, including a mockup Patrick did in Photoshop. 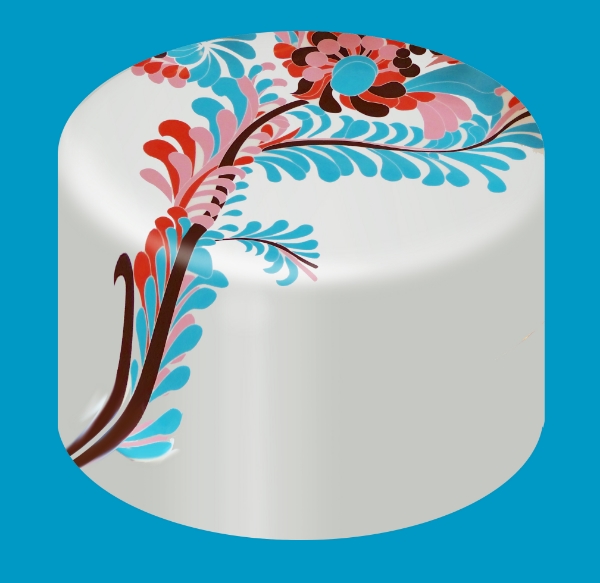 Initially, I asked them to create the pattern out of fondant, like this: 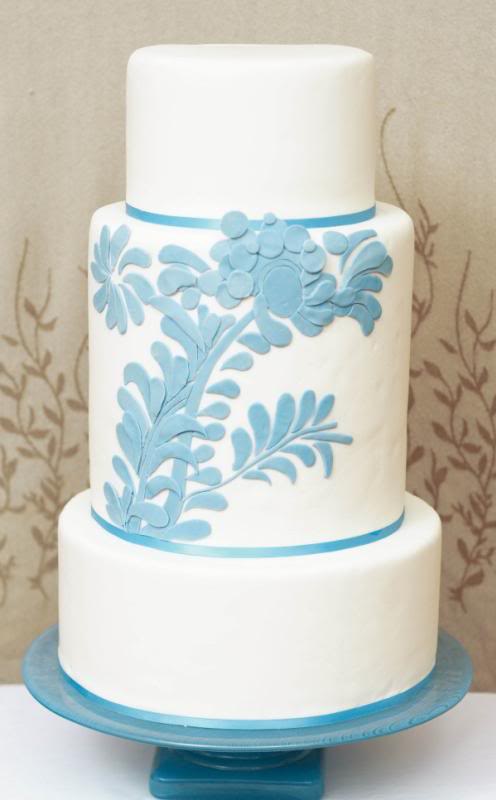 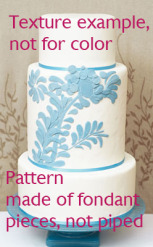 I was quoted $130 + tax. But at the last minute the chef decided he’d better paint the design on instead, which lowered the price to $85. Here’s how it turned out! 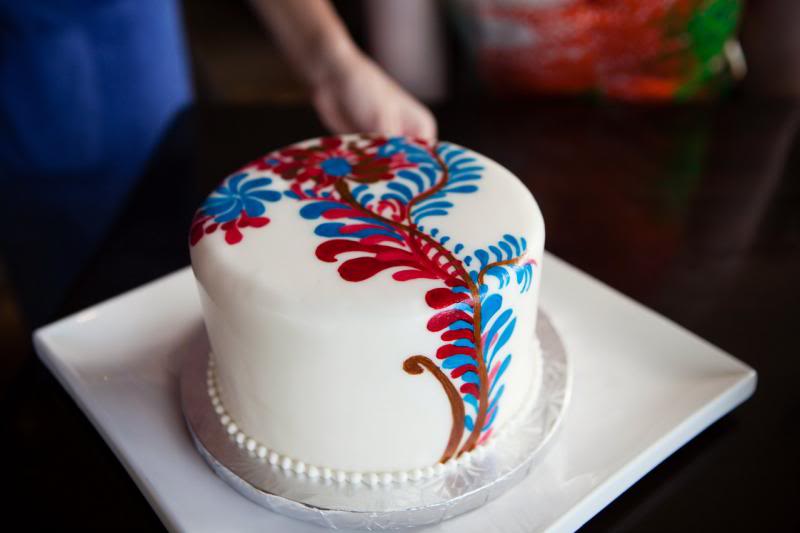 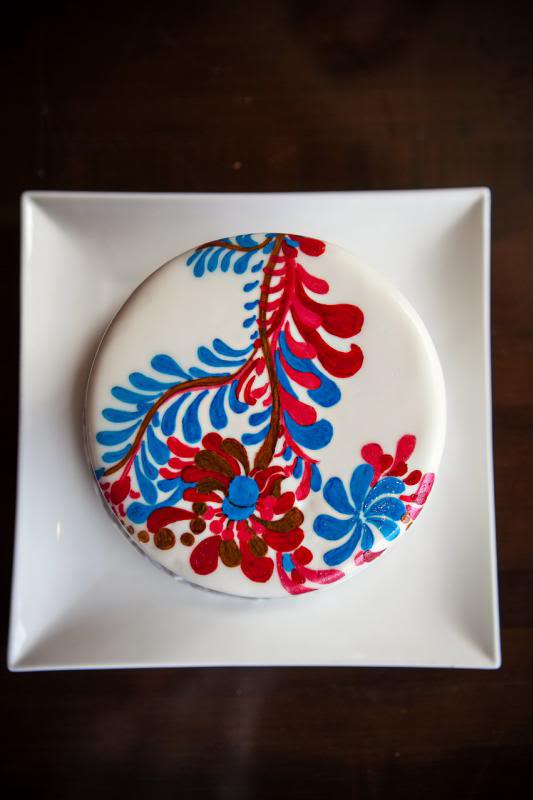 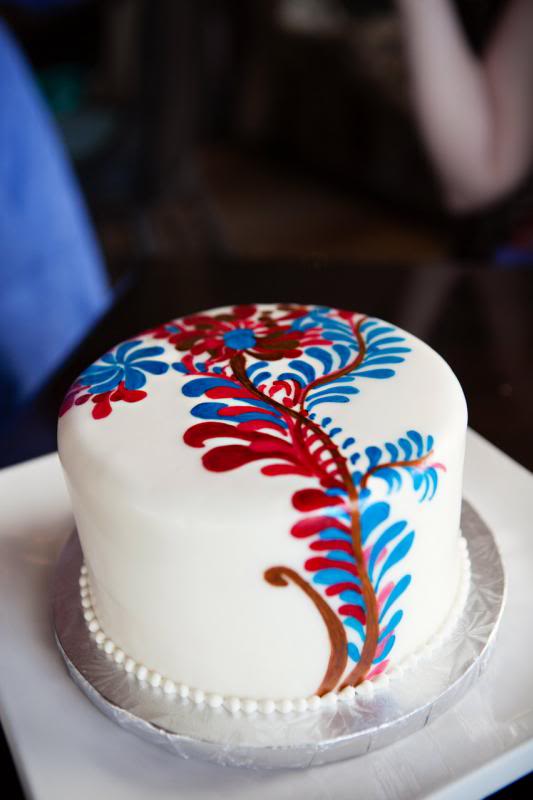 I thought it was exquisite—a work of art that I could hardly bear to cut into! Unfortunately, the cake tasted like dish sponges layered with butter. It was possibly the worst-tasting cake I’ve ever had, and certainly the worst Disney cake I’ve ever had. The cake was dry, dry, DRY, with nary a hint of coconut flavor. The frosting was like straight unsalted butter—no sweetness, no coconuttiness, no texture. You’re not going to believe this, but the best-tasting part was the fondant—at least it had sugar in it! 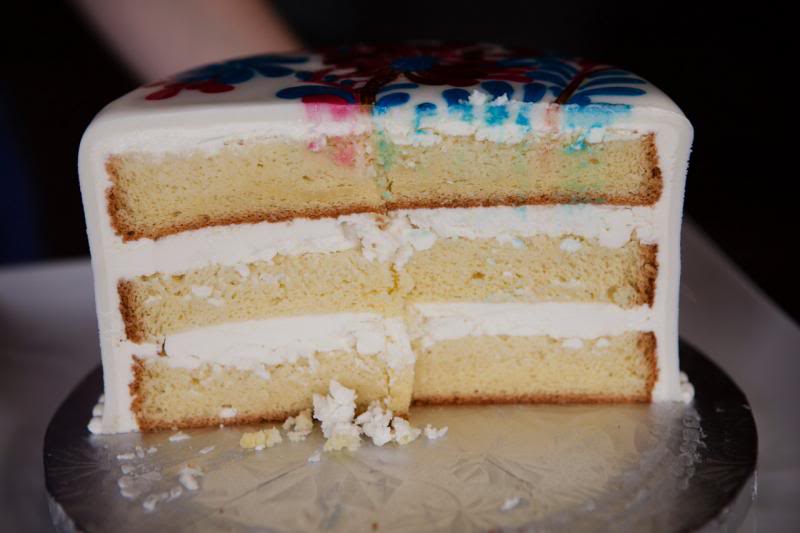 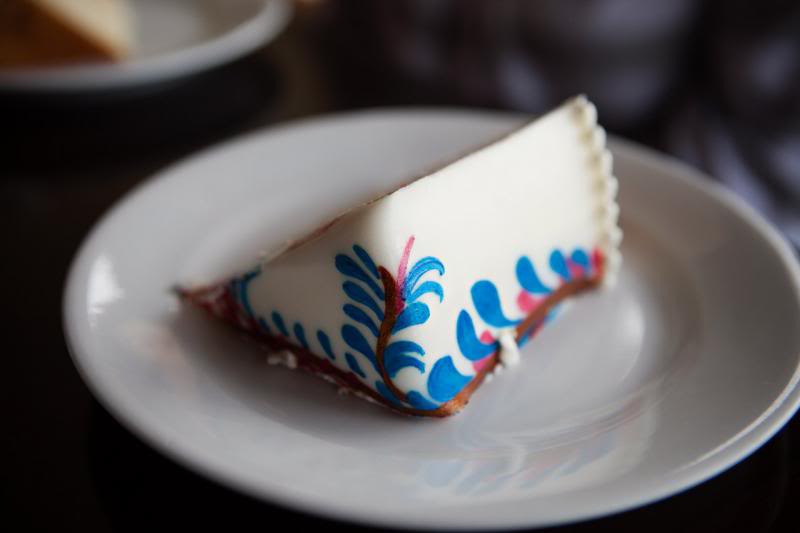 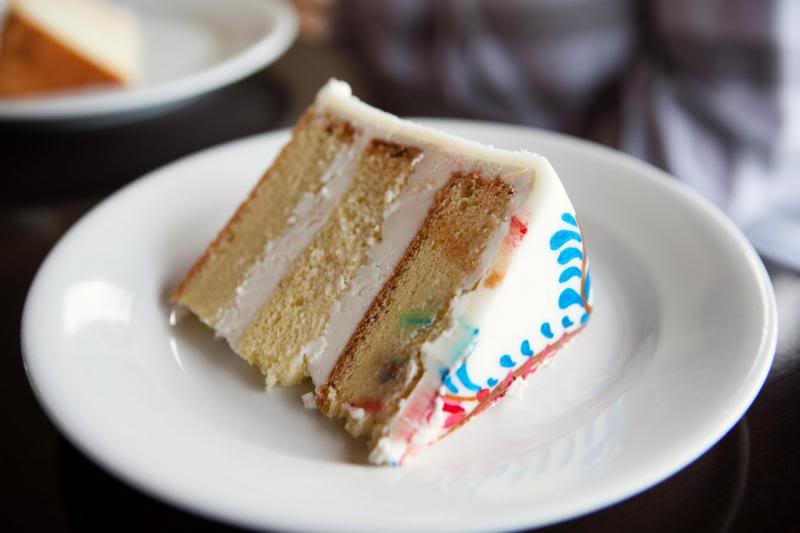 They give you the leftover cake in the box it came in, in case you need to mop up any spills back in your room… 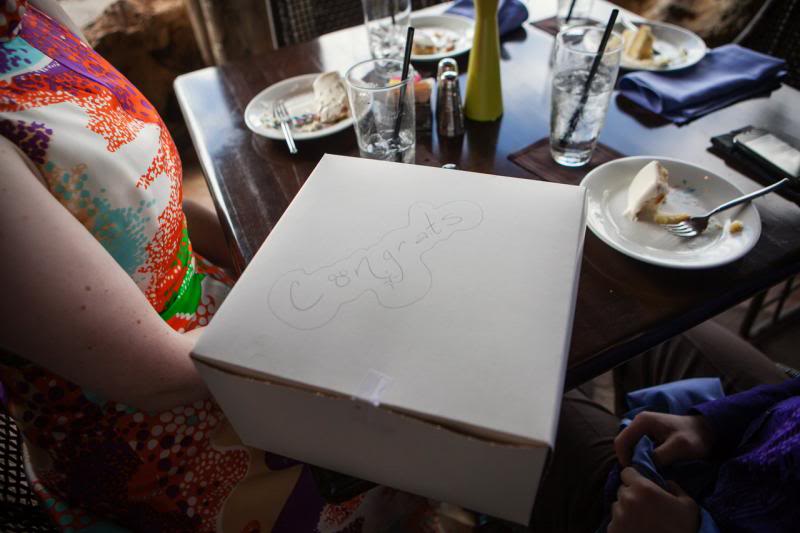 Up Next: Patrick’s Outfit