We used cheap bride and groom ball caps I bought as a set for $10 on eBay. We wanted the shade of a ball cap instead of the top hat/headband combo. For the groom ears, just buy a cheap-o set of classic black mouse ears and cut them off, leaving a bit of the material at the base of them.

We made slits in the sides of the ball cap and pushed the fabric at the base of the ears through, then covered it on the inside of the cap with black felt that was affixed using Barge, an industrial-strength adhesive they use to put soles on shoes. You can also use contact adhesive/cement made by Dap or 3M (and found at the hardware store). But Patrick doesn’t recommend hot glue because it isn’t a strong enough bond.

The bride ears were trickier and more spendy, because you have to buy that headband. Patrick removed the ears, trim and veil, and then affixed the ears to the ball cap the same way he did the groom ears. It’s harder because of the sequins. There is a wire loop forming each bride ear, and when you detach the ears from the headband, there is wire at the bottom that can be pushed through the slits in the ball cap, and then covered with felt. When you cut the material off the headband you’ll see how the ears are attached to it and maybe be able to reuse that structure. Patrick used Barge to affix the veil and trim at the top. 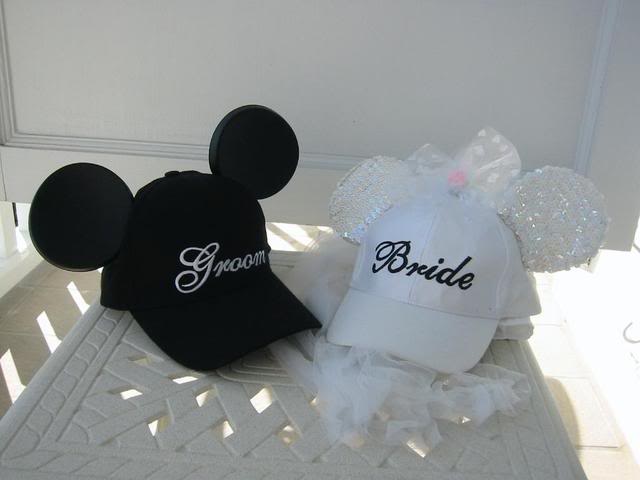 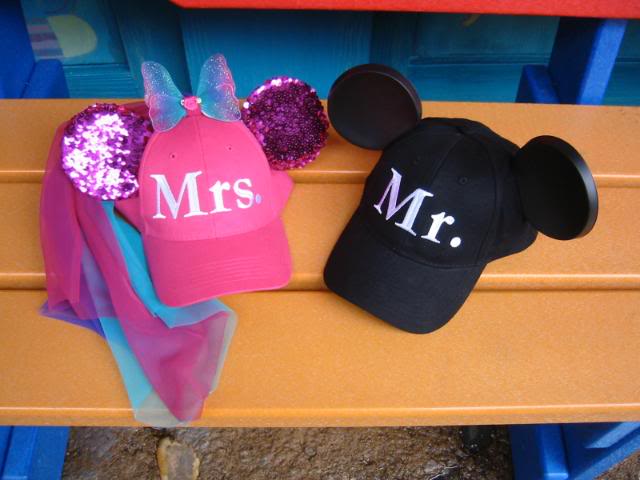