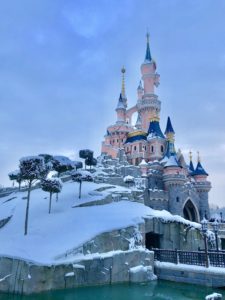 The Lurkyloos Do Disneyland Paris in the Snow (So You Don’t Have To*)!

* Because Disneyland Paris is totally beautiful in the snow but also (almost) totally closed!

This is the story of our three-week 10th anniversary trip to London, Disneyland Paris, real Paris and Edinburgh, told with customary excruciating detail and, of course, roughly 9.6 bazillion photos. Our trip happened to fall during Paris’ biggest snowfall in 30 years—more snow than has ever been seen in Disneyland Paris’ history—giving us a unique opportunity for a Disney photo safari! Whether you stick it out for the whole thing or just drop in for the Disneyland Paris part, I hope you enjoy following our adventure! 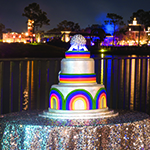 This is the story of our Crazy ’80s Epcot-themed anniversary party at UK Lochside for one last viewing of IllumiNations, the show we first saw at our wedding-night dessert party! But mostly it is a story about the most amazing cake inspiration I have ever had, made even better by the Grand Floridian Wedding Cakes team: A retro ’80s Captain EO Epcot fantasy of silver fondant and rainbows that even lit up! 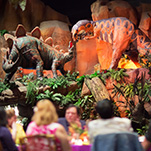 Our Tiki Dinoversary Party at Universe of Energy!

This is the story of our anniversary party inside the Dinosaur Room at Universe of Energy, plus an IllumiNations appetizer party and aborted Frozen Ever After ride mix-in, including complete details on how to plan a private party at Walt Disney World. That’s right, every excruciating detail, from the bamboo chairs and the fruity floral arrangement to the exploding-volcano waterfall cake and even our playlist of Tiki tunes to listen to as you read! 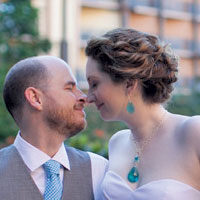 This is the story of our anniversary trip to Aulani and Walt Disney World, starting with our Disney’s Fairy Tale Weddings vow renewal and six days at Aulani and ending  in Orlando for DFTW’s Bridal Showcase plus a dessert-less anniversary dessert party in Epcot’s Italy Pavilion! Also on the itinerary were major sightseeing all over Oahu, a peek at New Fantasyland, and three different Disney cakes! 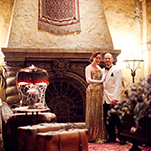 Our Anniversary at Tower of Terror!

This is the story of our surprise anniversary party at Tower of Terror, complete with an IllumiNations cruise and boat ride to Disney Hollywood Studios, plus a photo shoot in the lobby. For details on how the event was planned, click here.

This is the story of our Halloween trips to Walt Disney World and Disneyland, including a visit to the Halloween parties at Disneyland and the Magic Kingdom in costume as Harrison Hightower & Constance, the Haunted Mansion bride. Also featured are a side trip to the Wizarding World of Harry Potter, complete immersion in Epcot’s International Food & Wine Festival and the Swan & Dolphin Food & Wine Classic, and a Disney’s Fairy Tale Weddings research trip thrown in for good measure! 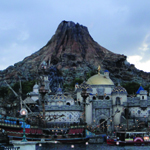 Tokyo Disney on Two Weeks’ Notice: A Photo-Packed Account of 17 Days in Japan

This is the story of our totally last-minute yet totally fabulous trip to the Tokyo Disney Resort, Tokyo itself, and Kyoto — told breathlessly, at length, and in excruciating detail, with waaaaaay too many photos. Buckle up! 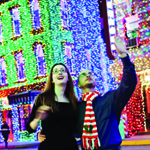 This is the story of our first Christmas at Walt Disney World, including D23′s Magic & Merriment event, the DIS Boards’ private party at Toy Story Mania, and more stalking of hapless photographers The Roots, who, by agreeing to shoot our wedding, unwittingly signed themselves up to be featured in and take pictures for every future Lurkyloo trip report, in perpetuity. 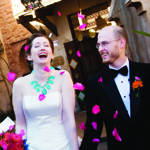 This is the story of our wedding in Morocco at Epcot and why two crazy kids who practically live at Disneyland would fly all the way to Florida to get married and make all their friends and family do it too! 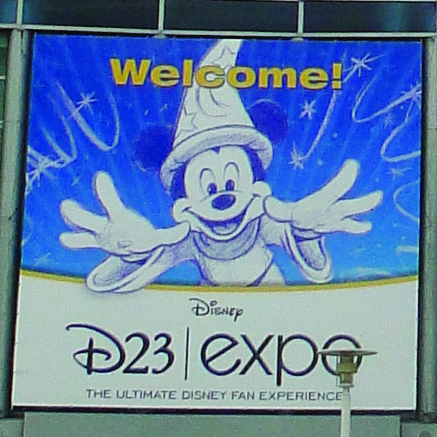 This is the story of the inaugural D23 Expo, a simultaneously over- and underwhelming event that combined all the worst aspects of a Disney vacation with the soul-sucking, fluorescently lit stupefaction of the common convention experience. But it wasn’t all bad—D23 Expo also featured the triumphant return of The Muppets, Captain Jack Sparrow in the flesh (and right in front of us!), and the best Disney fudge I’ve ever had. 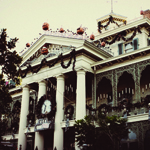 This is the story of how we rode the Haunted Mansion at Walt Disney World and Disneyland on the same day. It’s also the story of our first experience with the free Disney Dining Plan, which taught us that, yes, it is indeed possible to have too much free dessert.

Return to the Scene of the Crime: First Anniversary at Walt Disney World!

This is the story of our return to Walt Disney World to celebrate the anniversary of our marriage in Epcot, and how you really can go home again, if by “go home again” you mean “wring nearly as many free desserts outta Disney as you did on your honeymoon”…

Wedding Crasher: 4 Parties in 3 Nights with 2 Cameras and 1 Fabulous Hat!

This is the story of my first solo trip to Walt Disney World, in which I attended two parties as a legitimate guest and stalked not one but TWO Disney’s Fairy Tale Weddings, with assistance from my always-game pal Jensey! 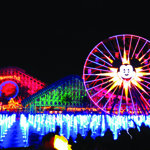 It’s Ariel’s Grotto vs. Wine Country Trattoria in a match to the death! Which restaurant will earn the title of “Best Place to Pay Too Much for Dinner to Get Reserved Viewing for World of Color”? Plus, tips and tricks for when to go and where to stand for the best view of the show! 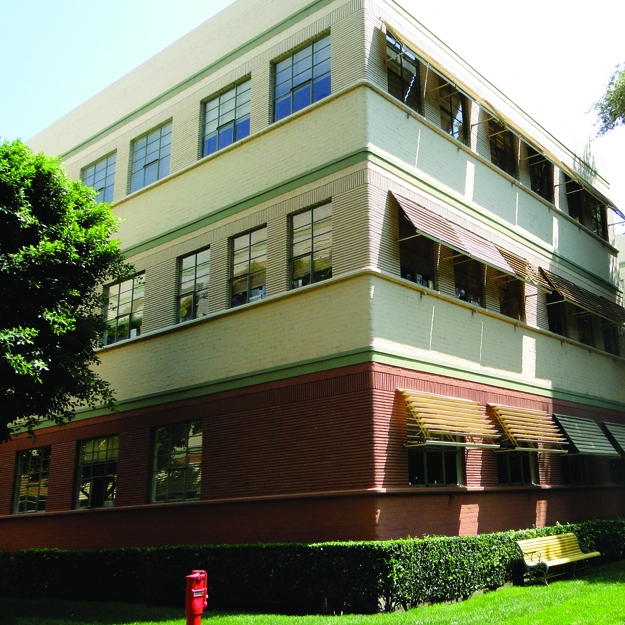 Go behind the scenes at Walt Disney Studios and the Walt Disney Archives on D23’s member tour, including lots of photos of the lot and inside the Archives, plus a a side trip to Walt hangout The Smokehouse in Burbank.

Don’t feel like slogging through the entire “Christmas at Bay Lake Tower… of TERROR!” trip report? Read all about the two-day D23 member event here, including a tour of the Cinderella Castle Suite, plus bonus coverage of the DISboards’ private Christmas party inside Disney’s Hollywood Studios. 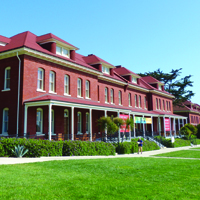 This is the story of Patrick’s birthday weekend getaway in San Francisco to see the Walt Disney Family Museum. We got to see two special exhibitions: Magic Color Flair: The Art of Mary Blair and Leading Ladies and Femmes Fatales: The Art of Marc Davis. And because we love to jam-pack every trip with experiences, we also checked out the historic mansion Filoli, explored Fort Point under the Golden Gate Bridge; and stopped by Industrial Light & Magic to snap selfies with Yoda and Boba Fett! 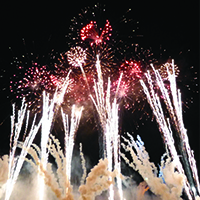 Epcot 30: Lurkylooking Back on Tomorrow!

This is the story of six jammy-packed days at Walt Disney World on the occasion of Epcot’s 30th birthday, including D23’s day-long celebration capped by desserts in Spaceship Earth’s Siemens Lounge, touring the Food & Wine Festival, a stay in the brand-new Little Mermaid rooms at Art of Animation, a tour of the Creative Costuming Department at Hollywood Studios, and dinner inside The Great Movie Ride (thanks to D23’s Sip & Scream event). I also took my dessert party obsession to new heights when I managed to attend two Epcot dessert parties SIMULTANEOUSLY!