Click here to see how the party turned out!

Initially, I contacted the planner of our first anniversary party to set up our third anniversary party, even though we were not staying at the Disney resort where she now works. She checked to see if she’d be allowed to work with me, but it was determined that since we were staying at the Beach Club, I should work with the Senior Catering and Convention Services Manager at the Yacht & Beach Club. (Update: Disney Catered Events no longer assigns planners by resort, so if you do have a favorite, you may be able to work with him or her again no matter where you stay!)

Our event date was February 4, and since most private events can’t be contracted till 6 months or sometimes even 90 days out, I waited until late November to initiate the process. In this case, because of the location of the event, I couldn’t sign a contract until 30 days out. Most of the major planning took place about 3 weeks before the event in just a few days’ worth of emailing back and forth.

The idea was to start the evening with an IllumiNations cruise, then have the boat drop the four of us at Disney’s Hollywood Studios for dinner on the terrace at Tower of Terror. Since our event couldn’t start until about 2 hours after the park closed, the cruise would help us kill time till our late dinner and be a great way to reference the IllumiNations party we had at the end of our wedding day.

I was on a tour of wedding venues in Hollywood Studios when I asked if the terrace at Tower of Terror—my absolute favorite spot in the whole park—could be used for a private event. The rep was pretty sure it had been done before for small groups and got back to me later with complete info. Here’s where they initially told me the event space was—they are now calling it the “Small Terrace” and the space where our party was actually set up is the “Large Terrace.” 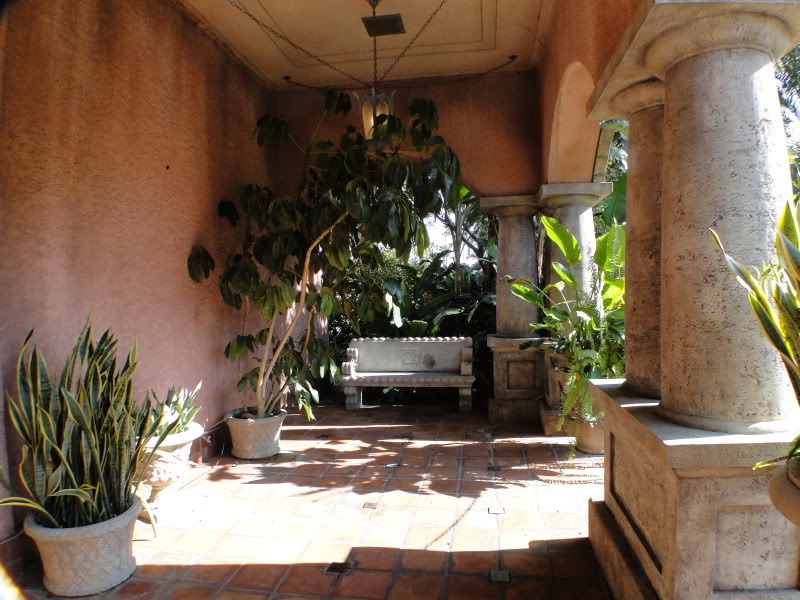 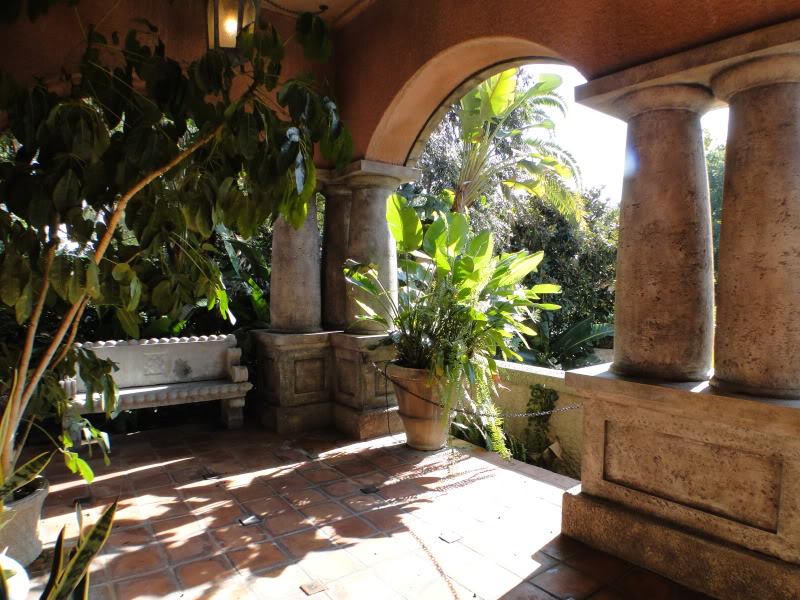 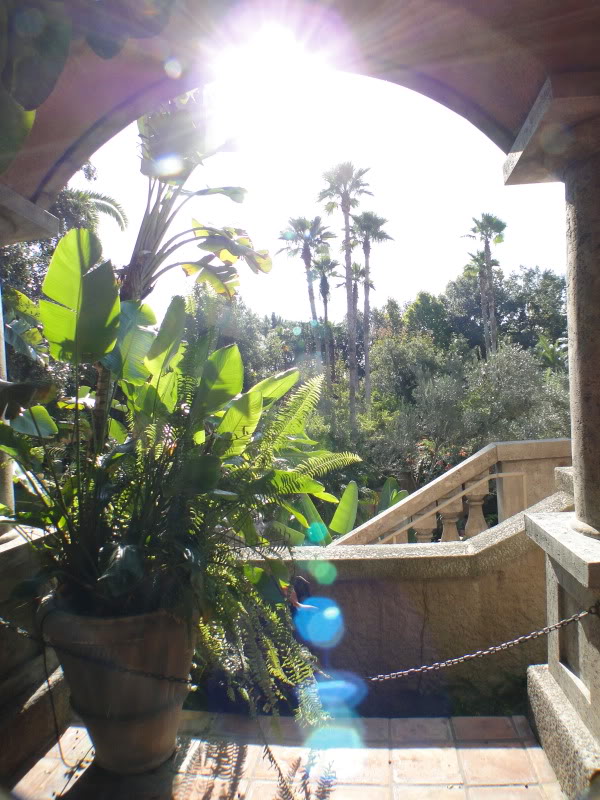 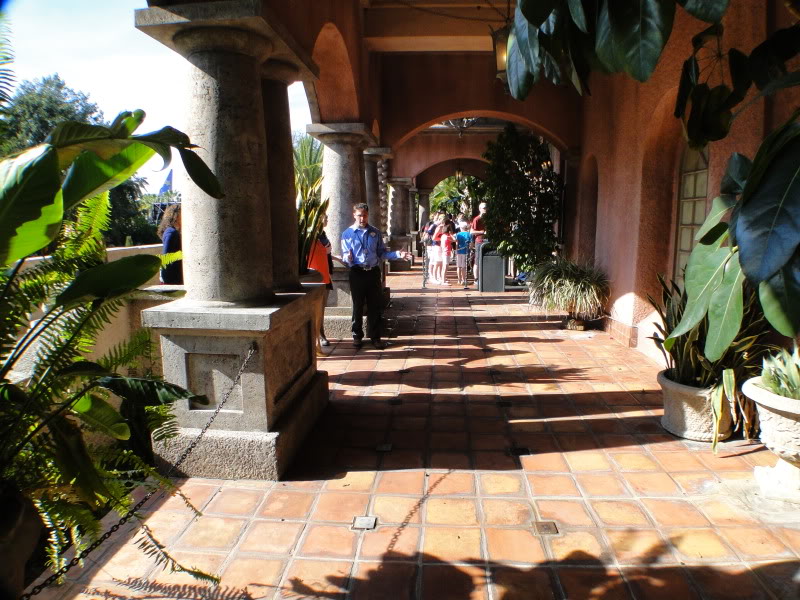 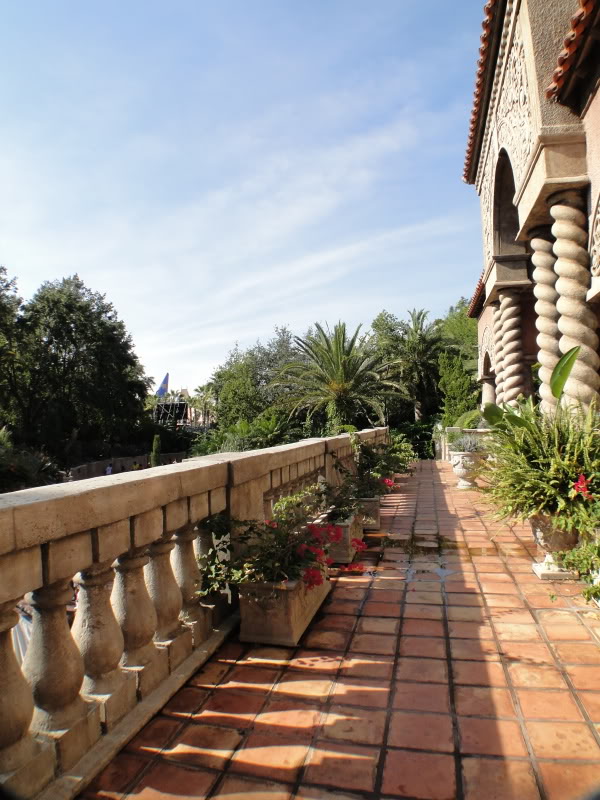 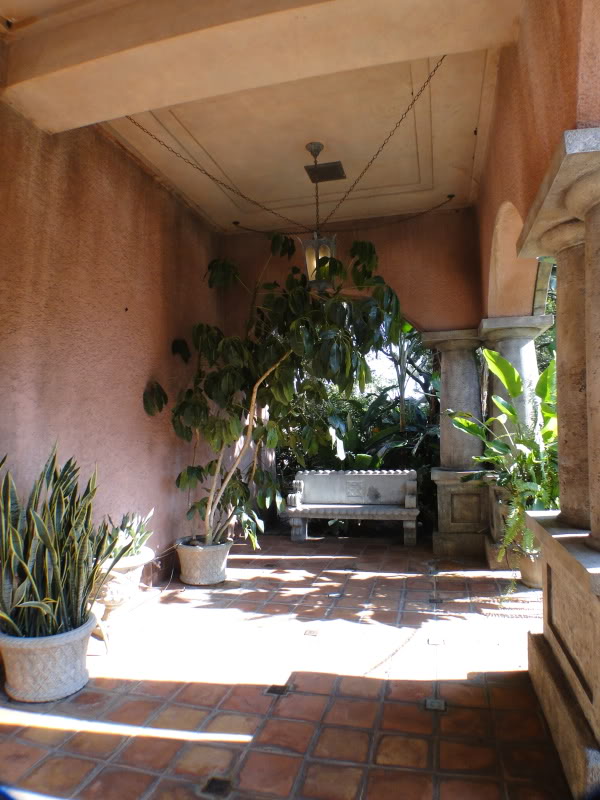 The cool thing about Hollywood Studios is that practically every nook and cranny can be used for events—even, like, pathways! So if you have an idea for an event there, just ask.

While I like to go on about how inexpensively you can do a dessert party in Epcot, I’ll admit that this event required a bit more saving up. Still, at that time, dinner for 4 at Tower of Terror cost less than a Fantasmic dessert party, two hours on the Grand 1 Yacht, or brunch at the Attic! We were only required to pay a $45/person food and beverage minimum, but as you can see, that’s gone up considerably…

Things I Added
To give the event a little more oomph, I added a basic IllumiNations cruise for $346.13 (incl. tax) and an elaborate anniversary cake with light-up fondant topper for $180 (+ tax and service charge). If you want the Grand Floridian Bakery to make your cake, tack on another $75 for the delivery fee. I wish I’d done this.

Things I Skipped
These include transportation, music, floral & décor, and keeping the ride operating so we could go on it.

The Menu
I customized our dinner menu from generic theme park menus sent by my EM.

Originally I’d asked about creating a menu with items from Jiko, but the chefs came back with a jaw-dropping estimate of $180/person. I tried paring down the menu and having just two entrees to split between the two couples, but it was still $150/couple. So instead I tried to approximate the Jiko dishes using theme park menu items. The final menu:

Splitting the dinners was interesting. I thought we all got plenty of food (especially factoring in cake and ice cream!), but it was strange that while we each got our own salads, we were just handed extra plates and forks for splitting the main courses.

This was yet another of my experiments in achieving the perfect Disney cake. For the cake design I found an inspiration picture on Flicker. I had a vision for the cake topper to light up (cuz it was going to be so dark at dinner!) and look like a cross between an Art Deco wall sconce and the light-up panel in DISer ColeV’s wedding cake. However, since Patrick wasn’t in on the surprise, I couldn’t have him draw an inspiration picture for me, and I have the mad artistic skillz of a 3-year-old. I did the best I could, but I guess my photo communicated “tiara” more than it did “light fixture”… 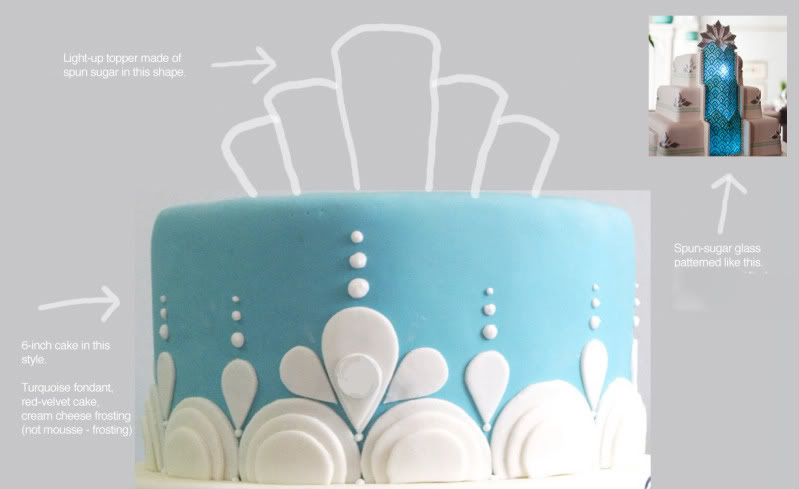 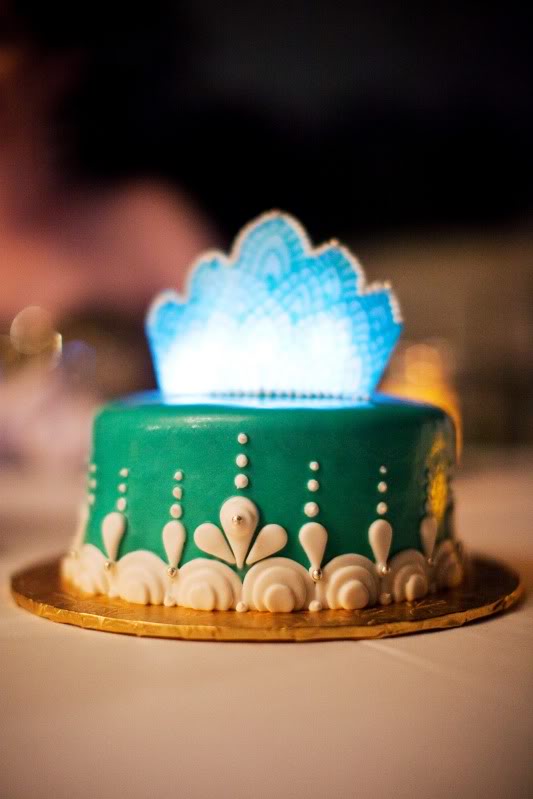 I requested red velvet cake with cream cheese frosting rather than the cream cheese mousse we’d had in our wedding cake. It was definitely better-tasting than our wedding cake and closer to the “gourmet homemade” cakes I like at SoCal bakery SusieCakes, but using frosting instead of mousse between the layers made the cake kinda squat. Lesson learned.

Also, while the theme park bakery made a valiant attempt to re-create the effect of the elaborate inspiration cake topper, I wish I’d known they were the ones who’d be making it. Perfectionist that I am, I would rather have paid the Grand Floridian bakery a $75 delivery fee if it meant that the same team that made the inspiration cake would be making our version.

Click here to see how the party turned out!

And click here to learn how to plan a dessert party at Epcot!