Patrick was super-easy to dress for our wedding. He told me he wanted to look like James Bond, so we rented him a classic black tux. Done! So I was kind of at a loss when it came time to figure out what he’d wear for the vow renewal. A lot of the trouble stemmed from the fact that my own outfit was in flux right up until about 3 weeks before the event—cuz if you don’t know what the “bride” is going to wear, how can you dress the “groom” in something complementary?

It got a bit easier once I’d thrown out my more outlandish ideas (like his grandpa’s sailor uniform + an Alfred Shaheen-inspired ‘50s wiggle dress for me) and settled on a wedding-y look so that our photos would be relatable for others considering a wedding or vow renewal at Aulani.

I know the go-to groom’s outfit for a beach wedding is linen pants and a Hawaiian or Mexican wedding shirt, but I wanted something slightly more formal yet still cool and comfortable. My ideal was James Bond’s grey linen suit in Casino Royale. 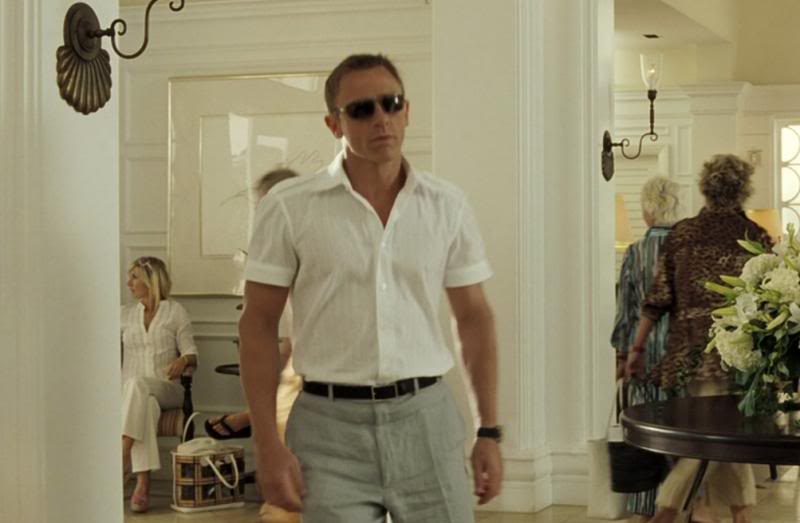 Turns out is is REALLY hard to find a grey linen suit in the winter, even in LA, unless you, like, have Brioni make you one. Even a shirt like the one Bond’s wearing was tough to track down. We ended up getting Patrick a cheap, lightweight wool suit in Downtown LA, but I was never really happy with it. Gradually I began to latch on to the idea of shirtsleeves and a vest, which seems really popular at weddings these days. But it was impossible to find a vest that matched the suit pants we already had, so that meant getting him an all-new outfit.

Then there was the great bow tie vs. straight tie debate, fueled by my discovery of the awesome site The Belle and the Beau. There were just too many cute bow ties! But I eventually decided a straight tie would be more flattering and less twee. I wanted matching cufflinks, so I commissioned a set in turquoise gingham from Etsy seller Divine Domestication.

Shoes were another sticking point. I mean, what in the heck kind of shoes do you wear to a beach wedding with a suit? Sandals don’t go with suits! But dress shoes just seem awkward on the beach. I never really solved this one, but I fell in love with a pair of grey suede wingtips and gave up trying. Add in some snazzy socks in our wedding colors, and here’s how everything turned out! 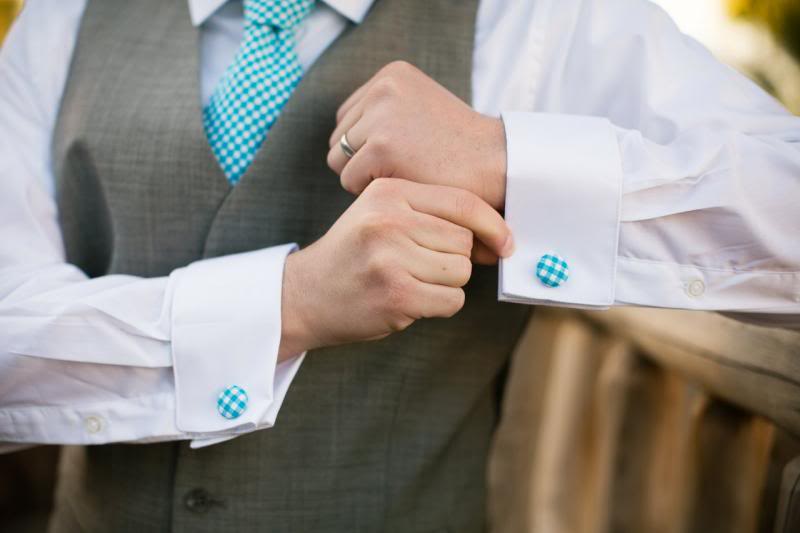 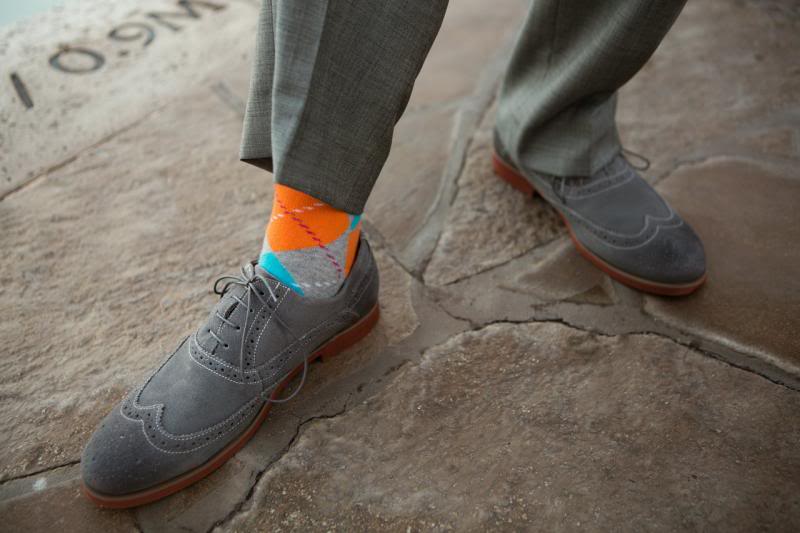 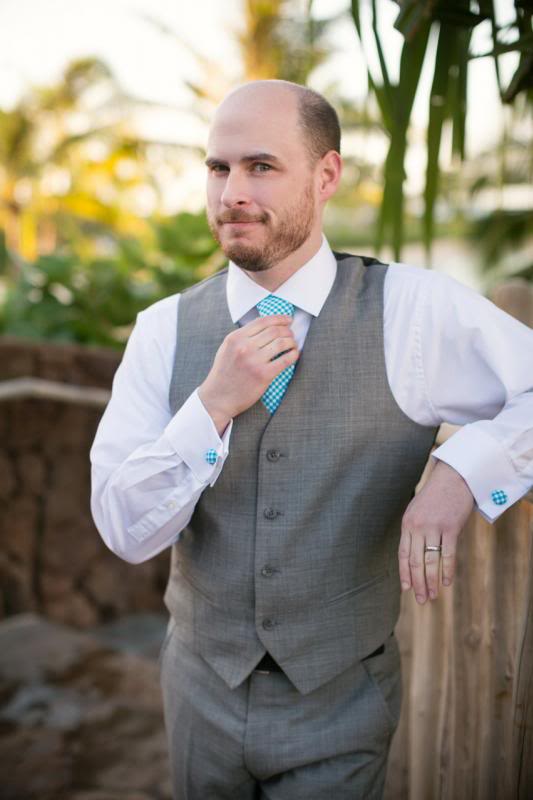 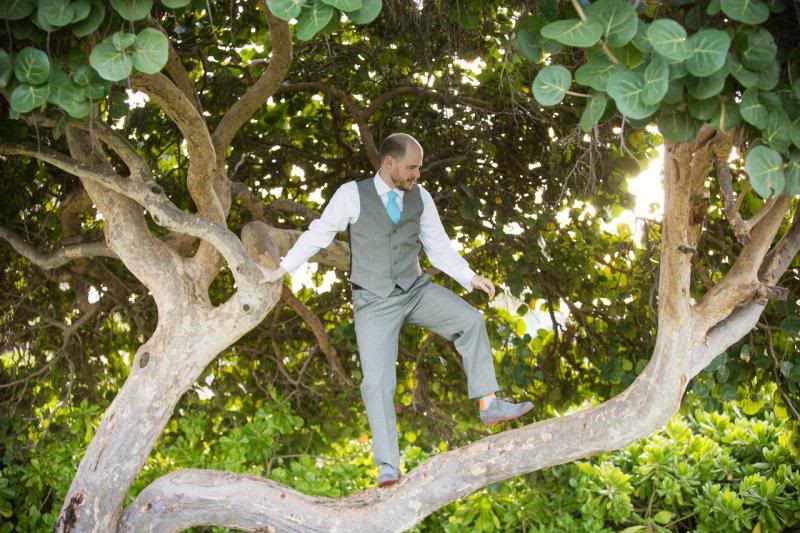 But can you climb a tree in it…?

Bonus Outfit!
When I stumbled on an AMAZING 1970s maxi dress that seemed to be the very embodiment of Hawaii in a dress, I decided to change into it for our reception, which meant I needed a second outfit for Patrick. Once I found this shirt on RueLaLa, it was the easiest outfit I’ve ever assembled for him. Add linen pants and go!

(I’ll have better pics of the outfit in the post about that dress!) Oh, I should also note that we had all of Patrick’s outfits tailored cheaply in Downtown LA, and it was a revelation. He has a smaller frame, so he was practically swimming in that purple shirt when it arrived. Having it cut down and all his pants taken in and hemmed just made him look that much more polished. Now he wants ALL his clothes tailored!

Up Next: … And finally, The Dress!