We started talking about marriage after about a year of dating, with the understanding (I think…) that after two years would probably be a good time. Patrick knew I’d always wanted to be proposed to in Disneyland, in my favorite spot, the Court des Anges in New Orleans Square. 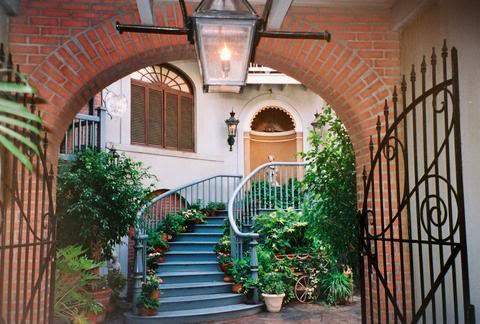 The problem was that we go to Disneyland a LOT! So every time we passed through New Orleans Square, my tummy would do a little flip-flop and I’d wonder if this was the moment! I began to regret being so specific in my proposal fantasy.

But Patrick still surprised me. We were in Disneyland for a marathon opening-to-closing trip, which started and ended with a 2-hour wait in line to ride the just-opened Finding Nemo Submarine Voyage. We had a really late reservation at the Blue Bayou for dinner, so we collapsed on the bench in the Court des Anges to wait.

Finally Patrick stands up, so I start to stand up, but then he kneels down and says, “Carrie Hayward, will you marry me?” I was totally in shock—the moment finally came and I was thinking “Wait—what? Now?! It’s too soon!” etc. (yes, after hoping for a proposal on every trip to Disneyland for a year, the first thought I had was “It’s too soon!”)

I plopped back down on the bench and said yes, Patrick started crying, we decided he’d probably better get off the ground, and as the other group of people in the courtyard started to leave, the mother said to me, “Congratulations!” (Apparently he’d been waiting for them to leave but finally gave up and went for it). We had a lovely meal at the Blue Bayou, and Patrick told me how had just decided to propose without a ring because we’d had such a great day and he wanted to have many other great days together for the rest of our lives. What a sweetie!

Here’s the ring we eventually got. It’s a new ring I found on a fashion jewelry site called Fragments.com, but it looks old fashioned, which I love. I don’t usually wear jewelry, and I thought a solitaire just didn’t feel like me, so I started looking at right-hand rings (a lovely diamond-industry ploy to sell rings to single women). The first couple people who saw my ring thought it was just a setting for a stone, but lately more people get what I was going for! 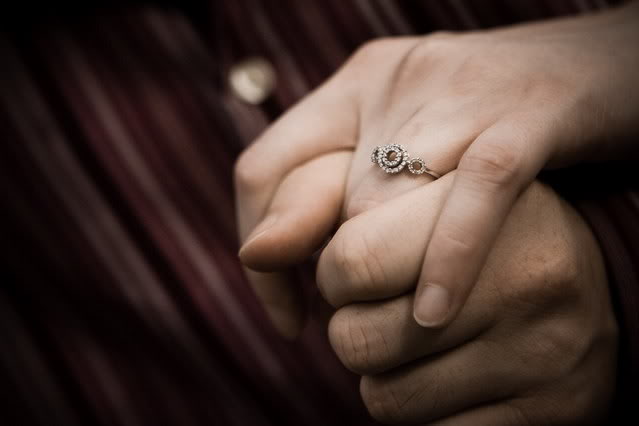