When the Muppets got rebooted (again… sorta) in 2012, I wrote a post urging you to go see the movie twice because I’d spent my own first viewing peeking through my fingers in terror that Disney was about to ruin a beloved franchise. It took a second, more relaxed viewing to just let go and enjoy the ride. I also urged you to support the movie so that Disney would make another instead of returning to the wretched-TV-movie formula of the previous decade. And apparently my post worked, cuz they made a sequel! And it’s coming out tomorrow! And you should all go see it!!! 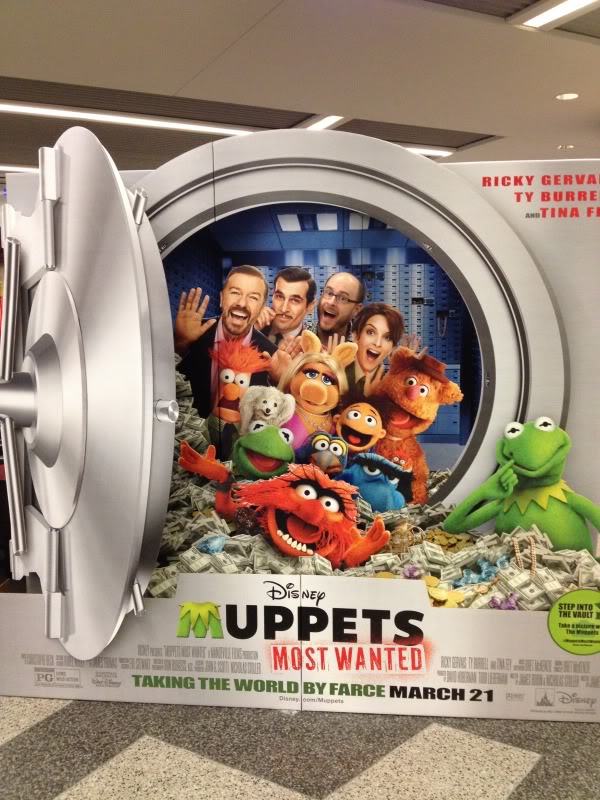 Maybe you’re worried that it won’t be as good as The Muppets. Maybe you figure the Muppets don’t really need your money now that they’ve got their own sequel. Maybe you refuse to patronize any sequel where the characters go to that old standby, London, to make the same movie all over again. Well, worry no more! Muppets Most Wanted (née The Muppets… Again) is as good as The Muppets, it does need your money, and they totally don’t make the same movie all over again. Like Patrick says, The Muppets was great, but what’s really fun to see is the kinds of adventures the Muppets go on now that they’re together again… again. 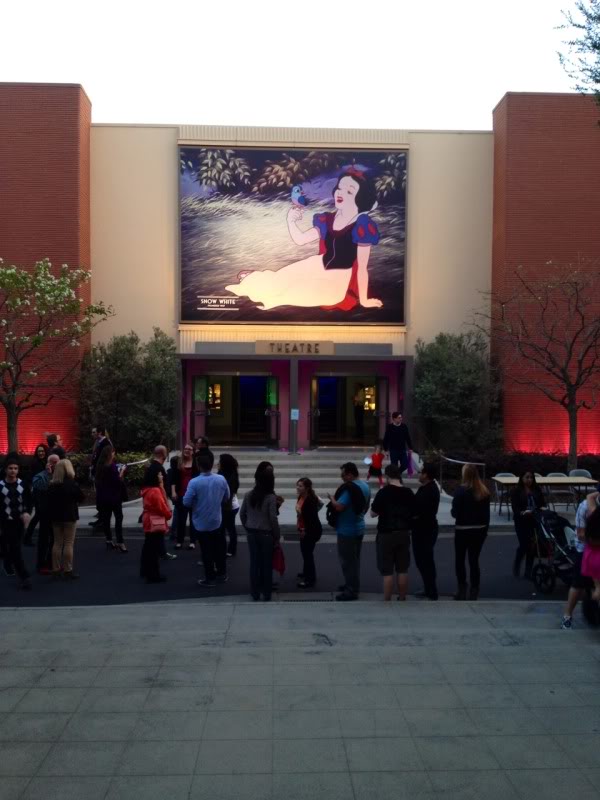 Cast and crew screening on the Walt Disney Studios lot

…And speaking of Patrick, he totally worked on this movie too! If you want to spot his handiwork in Muppets Most Wanted, watch for the expert manipulation of Sweetums’ eyes at the train station and everything Beauregard does in the movie’s exciting rooftop climax. (I’m pretty sure that’s not a spoiler because, like, 85% of caper movies have an exciting rooftop climax). Because the movie was shot in England, only the principal puppeteers were sent over from the US to work on it. But when test audiences reportedly said the first cut of the film didn’t have enough heart, new material was added and the entire climax was reshot in Los Angeles, enabling some lucky local puppeteers to take part. Bless you, Disney, for your slavish devotion to focus groups! 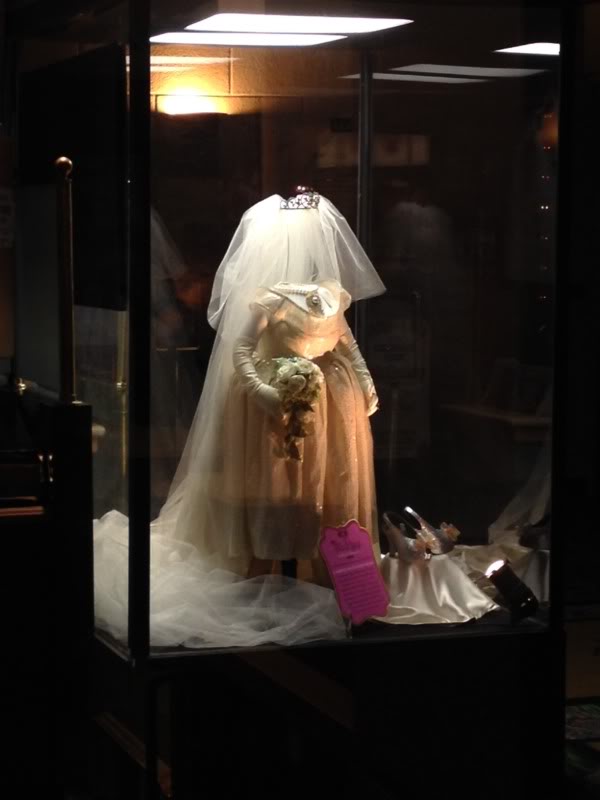 If you have a chance to see it at the El Capitan Theatre, they have props and costumes—including Miss Piggy’s wedding gown—on display

So if you loved The Muppets, I really think you’ll love its sequel. The songs are just as fabulous, the gags are possibly more hilarious, the human stars are a riot, the cameos are thrilling, the story is engaging, and, yes, Muppets Most Wanted has a lot of heart. 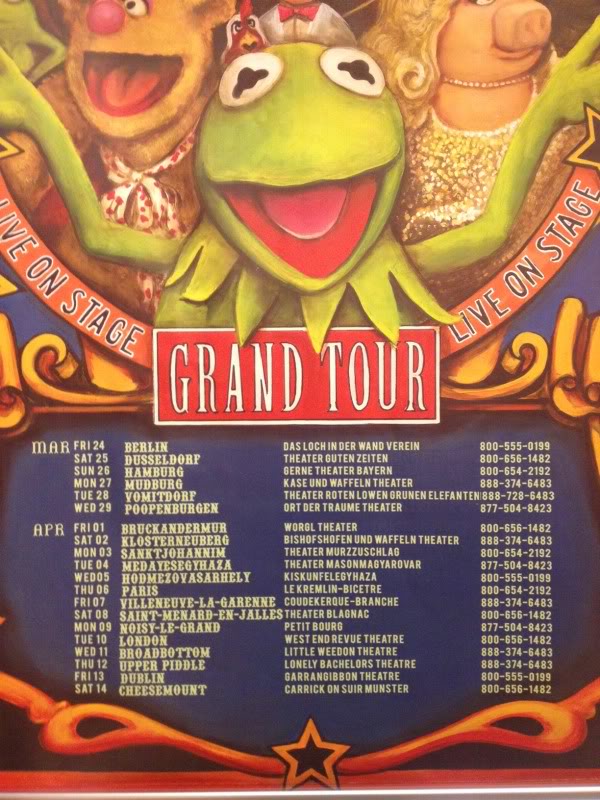 Next door, the Ghirardelli Soda Fountain has the Muppets’ world tour poster in the window—check out some of those stops!

I Was an Oscars Red Carpet "Bleacher Creature"