I kept saying I wasn’t going to write a report on Patrick’s crazy last-minute work trip to Walt Disney World a few weeks ago because I spent most of my time in the room working too. But when we did have a free moment to explore together, we noticed some pretty striking changes since our last visit, 18 months ago—enough that Patrick has been encouraging me to write about what we thought. (I’ll be doing a separate post on Seven Dwarfs Mine Train.)

The Re-Learning Curve
I am a professional author and editor of guidebooks to the Disney parks, but it took me half a day at the computer trying to figure out how to associate our Premier passes with my account and then select FastPasses. How do normal people figure this stuff out? Disney’s site kept telling me I had a child pass instead of adult, even though there is no child/adult distinction with Premier passes. Then every time I tried to make any reservation, whether for dining or FastPasses, I had to deselect the name of a friend who was inextricably linked to my account because I’d made and canceled a dining reservation that included her… one time… six months ago. 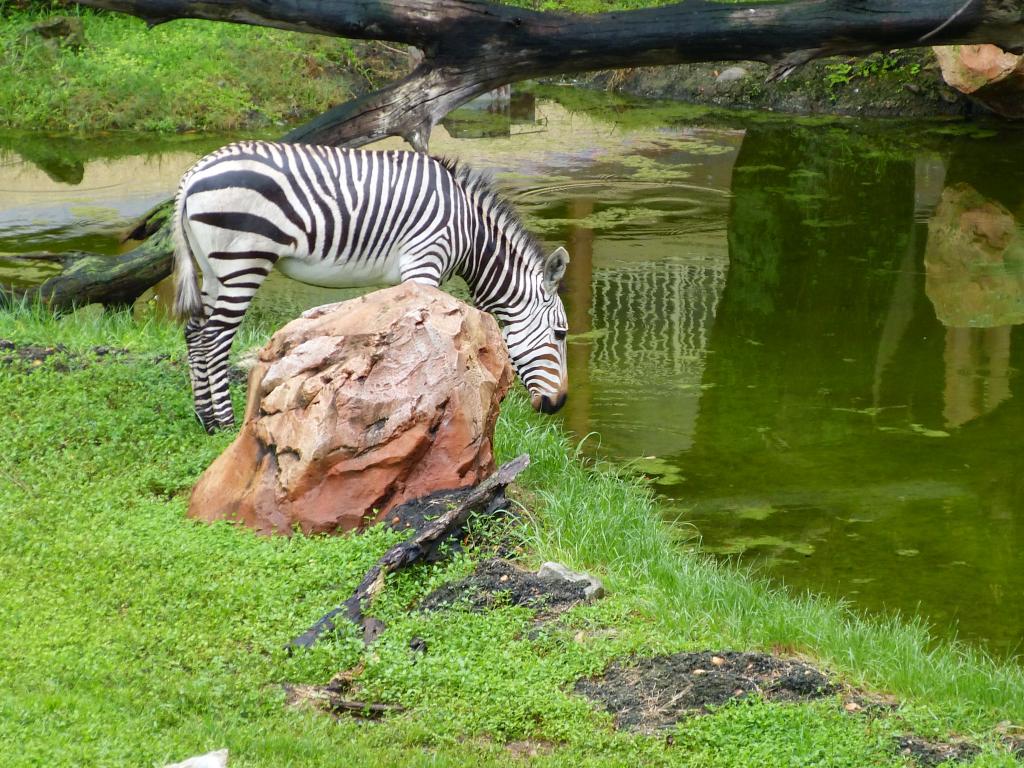 With MyMagic+ we scheduled this zebra to walk by our window at Animal Kingdom Lodge at 2:17 pm on Friday!

The most frustrating part isn’t a glitch at all, it’s by Disney’s design. They don’t let you select your three FastPass times individually. They just give you a choice of four different combinations of times for the rides you want, so you’ll get maybe one in each combo that is actually convenient to your plans, but rarely all three. Either they’d all be too late in the day or one would be early and the rest would be late, or they’d be spaced at weird, impractical intervals that didn’t give you enough time to grab a table-service meal or wait in a popular standby line but also weren’t close enough together that you could go directly from each ride to the next.

And if you try selecting just one FastPass at a time, Disney automatically populates two other choices that you may not want, tying them up so another guest can’t get them. 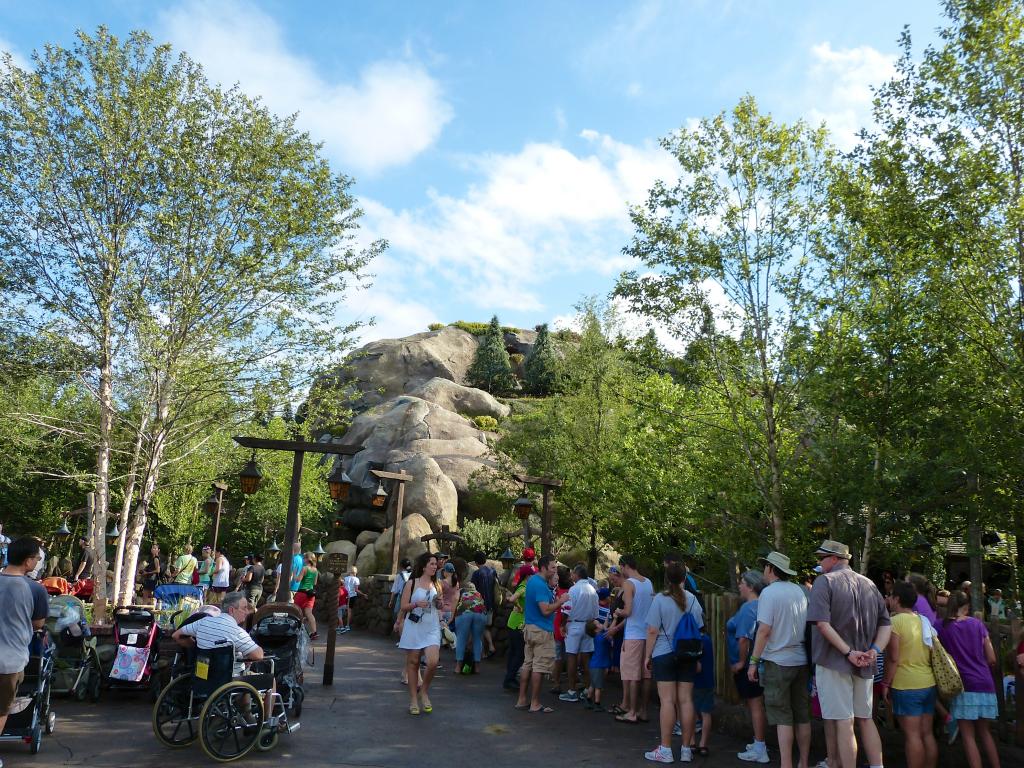 This isn’t even the end of the 2+ hour line you’ll wait in to ride Seven Dwarfs Mine Train (because all the FastPasses sold out 60 days ago).

More Wasted FastPasses
What this meant in practice is that we used only one of the nine FastPasses I reserved during the course of our trip. The rest got blown off or missed because we were too far from the ride, still at one of our ADRs, in the wrong park, or had abandoned the park due to weather and crowds. In the old days, we wouldn’t have pulled FastPasses for these rides at all. Meanwhile, standby lines were longer than I’d ever seen, wait times were actually accurate or even underestimated, and rides that never used to have lines had them, like Spaceship Earth and It’s a Small World. So, yeah, I guess MyMagic+ doesn’t spell death to spontaneity, as long as you stick to spontaneously giving up on your FastPasses.

My Disney Experience: Failure!
The My Disney Experience iPhone app simply would not work on Disney’s free WiFi in the Magic Kingdom. I was tearing my hair out trying to make and change reservations, see wait times, etc. on our first morning in the MK. It kept giving me error messages or quitting altogether. It wasn’t until I got the idea to try switching off WiFi that I could get the app to work. However, even when it is working, the app has a fatal flaw: When you try to change your FastPasses, it won’t tell you when the new ones will be first! It just cancels your old ones and gives you new ones, and if they turn out to be at times you can’t use, you’re out of luck.

We had FastPasses for Big Thunder Mountain around noon but decided we’d rather go on Splash Mountain at that time if it was available. The app told us Splash was available, and since it didn’t list a time, I thought that meant it was available at the same time as the Big Thunder FastPasses we were swapping out. NOPE! When the transaction completed, we were stuck with a 6:30pm Splash reservation, which we totally would have declined in favor of keeping Big Thunder if we’d known. We told our sob story to a cast member at one of the mobbed MyMagic+ stations and she somehow got us Big Thunder FastPasses at 1:30pm. Unfortunately, when that time rolled around, all the outdoor attractions in the Magic Kingdom were in the middle of an hour-long closure due to lightning. We just left. 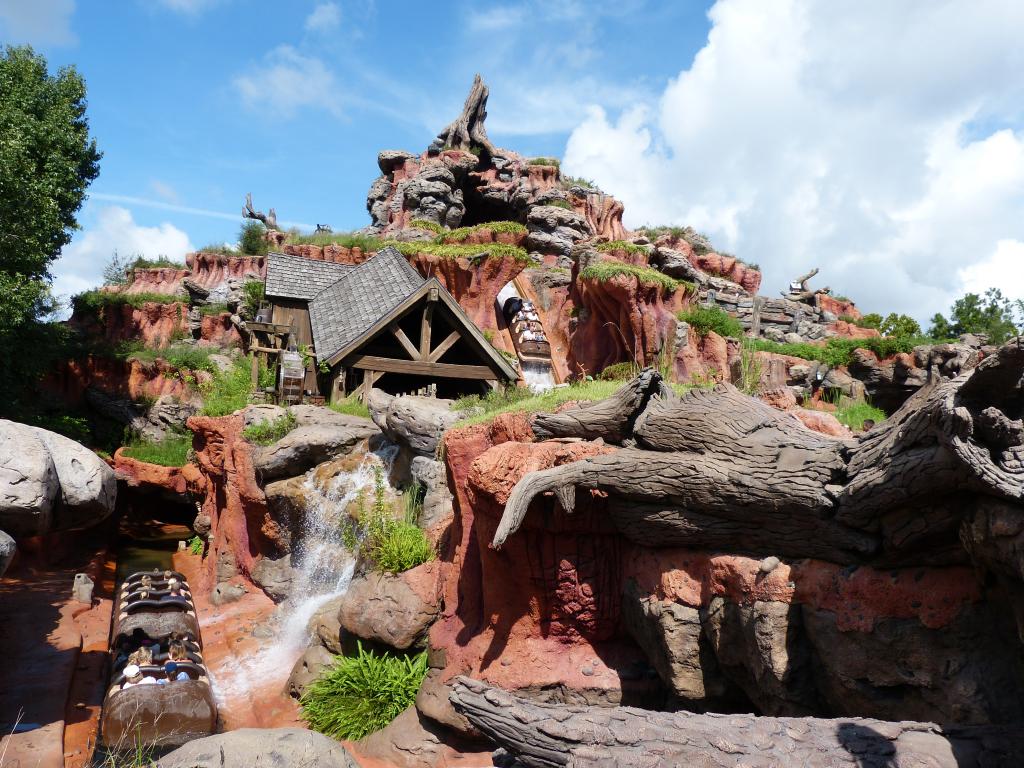 Wanna swap that 11:50 am Big Thunder FastPass for Splash Mountain? No problem! You’re now booked for 6:30 pm next Thursday!

Easier Dining Reservations… Sometimes
I think this is more due to the newish $10/person cancellation fee than MyMagic+, but making dining reservations on the fly was relatively easy if we were flexible with times and locations. I was surprised to see same-day reservations available for Le Cellier and next-day reservations for Crystal Palace. But heaven help you if your plans change within 24 hours of your reservation. I called to switch a dinner at Citricos to Yachtsman Steakhouse and was told that even though I still wanted a reservation at a Disney restaurant, changing restaurants constituted canceling. The CM kept repeating, “I can only change it; I can’t cancel it without triggering the penalty.” So in a final burst of exasperation I said, “Great, let’s change Citricos to next Tuesday. That’s done? OK, now let’s cancel it and book me into Yachtsman.” Her long, stony silence made me wonder if nobody had ever thought of this before… and how long before Disney figures out a way to prevent it too!

Lower Food Quality
Remember when everybody said that the Dining Plan would reduce the quality of the food at Walt Disney World, and it did? As impossible as it seems, it appears the quality has gotten even worse since our last trip. I’m not talking about pizza and burgers, though I gotta say our beloved Plaza Restaurant cheeseburger was pretty subpar on this trip. I don’t even mean places like Le Cellier, where the quality has never matched the prices and we no longer expect it to. We ate at three of our favorite Signature Dining spots, ones that in the past have rivaled even the “real” fine dining we enjoy in big cities, and were shocked by how pedestrian and poorly executed the food was.

At Jiko the fish was Trader Joe’s quality and the white cheddar macaroni and cheese was as runny as something out of a box. At Yachtsman Steakhouse our first ribeye was overcooked and its replacement was so undercooked it was practically still mooing. At California Grill it was the pork tenderloin that was overcooked, while the Sonoma Goat Cheese Ravioli seemed to be floating in ketchup water. 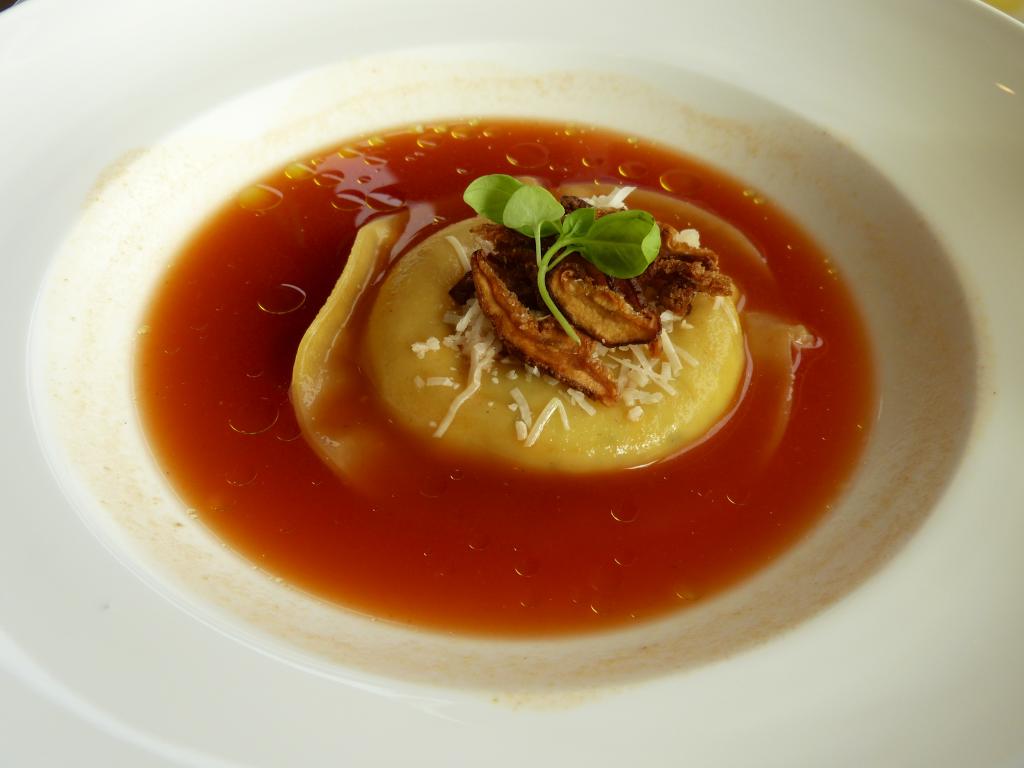 And you know how I always joke that I refuse to order their vaunted sushi cuz we can get it in every supermarket? We finally broke down and ordered some, and it tasted EXACTLY like the kind we get at the supermarket! Our waiter couldn’t even tell us where the fish came from but bragged about it being flash-frozen.

This is the first time we’ve gone to Walt Disney World during the summer—could it be the kitchens were overtaxed by crowds?

Band-Aid
The MagicBands themselves still have plenty of glitches, plus design flaws nobody seems to have considered. Patrick’s locked him out of our room three times, including once at 4:30am when he’d just come off an overnight shoot and didn’t want to wake me by knocking on the door. He had to schlep all the way back to Animal Kingdom Lodge’s front desk not once but twice. The second time a cast member accompanied him back to the room with a security fob and she couldn’t open the door either! She finally had to run back to the front desk to retrieve an actual metal key to get him into our room.

We also had trouble making purchases with the bands, but the biggest headscratcher was the terribly designed band readers at the resort security gates. It is physically impossible to reach them with your wrist from the driver’s seat without opening your car door and either leaning way out or getting out of the car completely. The other option is to unfasten the band before endlessly dragging it back and forth across the card reader. But if, like me, you eventually can’t stand having the clammy plastic against your skin all day and resort to one of those decorative fabric sleeves, that thing is NEVER coming off! 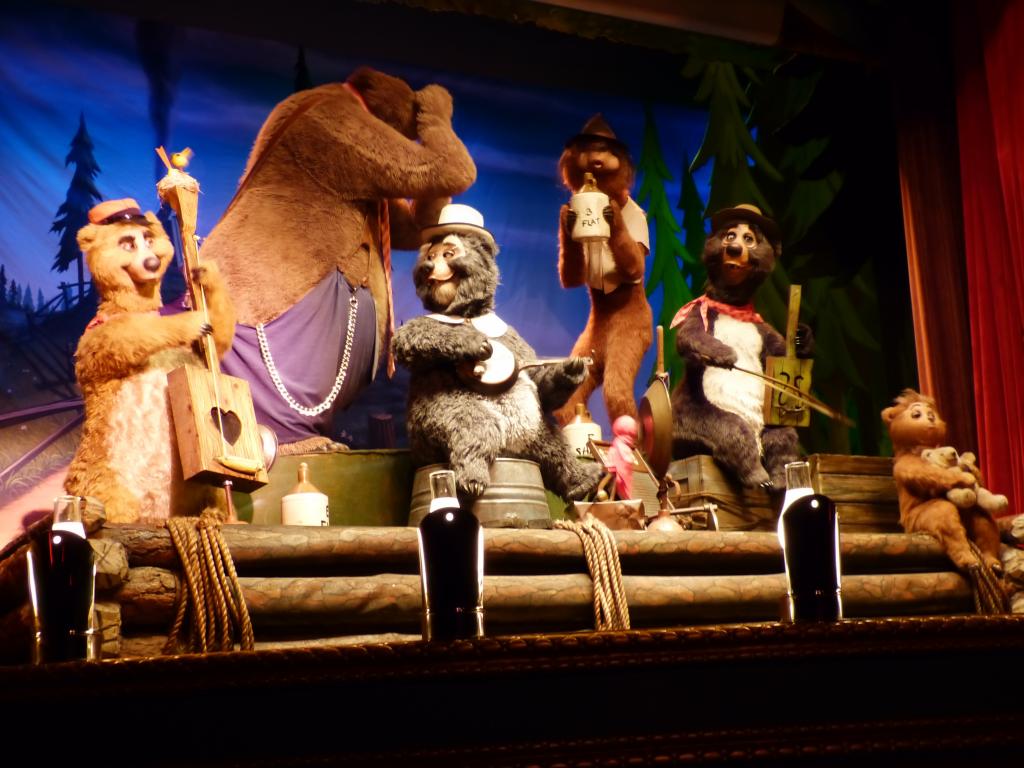 In the future, your MagicBand will allow Zeb-Zeb Bear to identify and spit chaw on you!

Final Thoughts
Over the course of our trip, we chatted with several other groups of guests about MyMagic+, and all reported similar technical problems and a similar apathy toward the supposed benefits. Many of them talked about feeling stressed out by the need to schedule everything 60 days ahead and frustrated by trying to get FastPasses and reservations once they were there.

Yes, Disney will eventually (hopefully?) get the technological kinks worked out, and half of the problems we experienced will disappear. But even when it’s firing on all cylinders, what does MyMagic+ really do for the average guest? Make things—especially spending money—slightly more convenient? Why wander off to Diagon Alley when you can stay at Disney and enter your room 15 seconds more quickly or make a purchase without moving your hand those pesky extra inches toward your wallet?

Wouldn’t it be nice if all the information they’re gathering from us via our MagicBands showed Disney that what we really want is creative attractions, high-quality restaurants and well-maintained parks and resorts—and the freedom to enjoy all of these at our leisure?