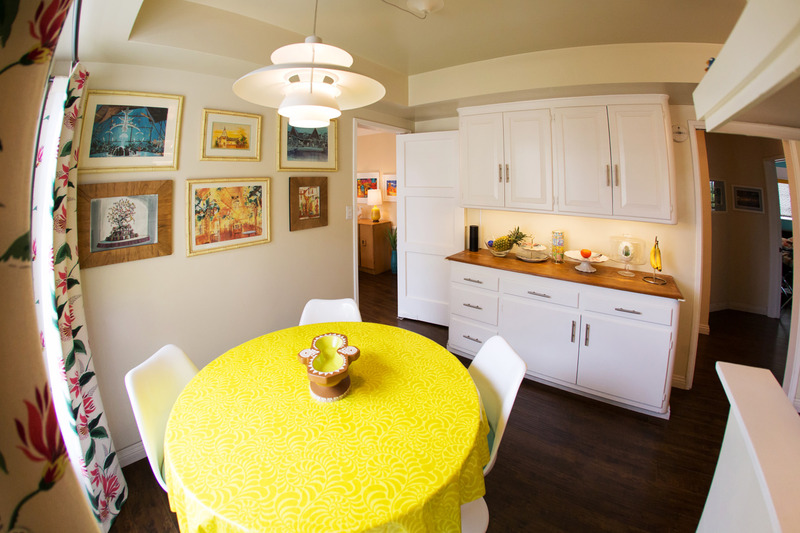 I think I’ve mentioned before that it took me a looooong time to start hanging art in our new place cuz I’d kinda ODed on it my last place. And I had this idea that it wouldn’t go with this more sophisticated look I was hoping for (and have yet to achieve). But the breakfast nook seems like a place where you can have some fun with decor, so I rounded up my favorite concept art for Walt Disney’s Enchanted Tiki Room.

One of my oldest and most beloved pieces of Disneyland art is a print of John Hench’s concept for the Tiki Room, back when it was going to be a restaurant. 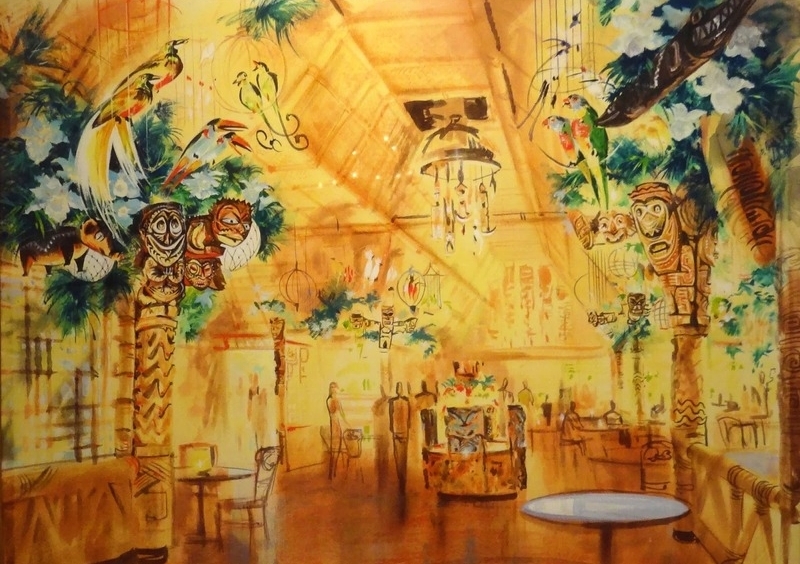 Many years ago I also found on eBay a print of his concept for the gate and Dole Whip stand. 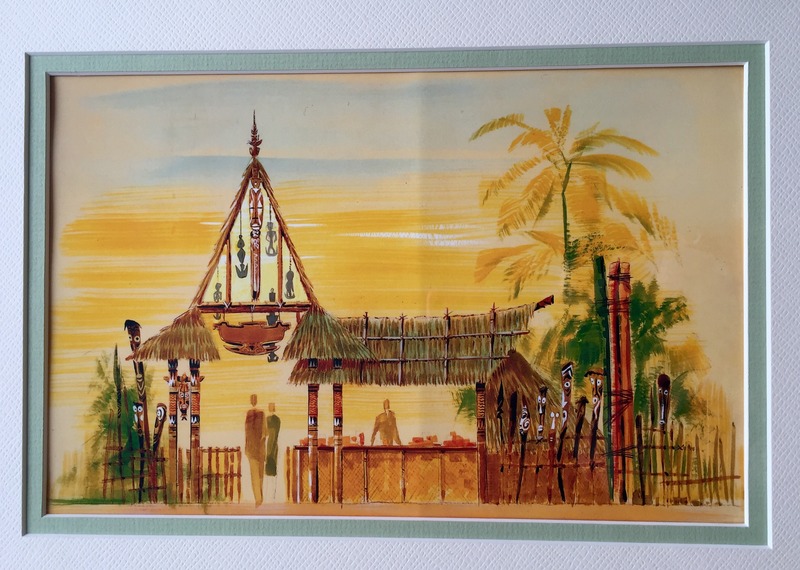 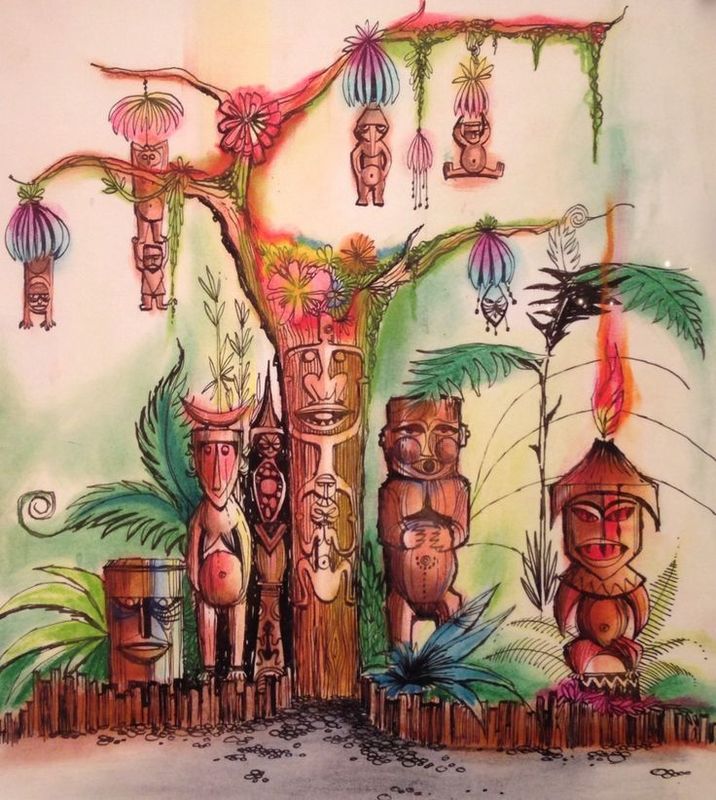 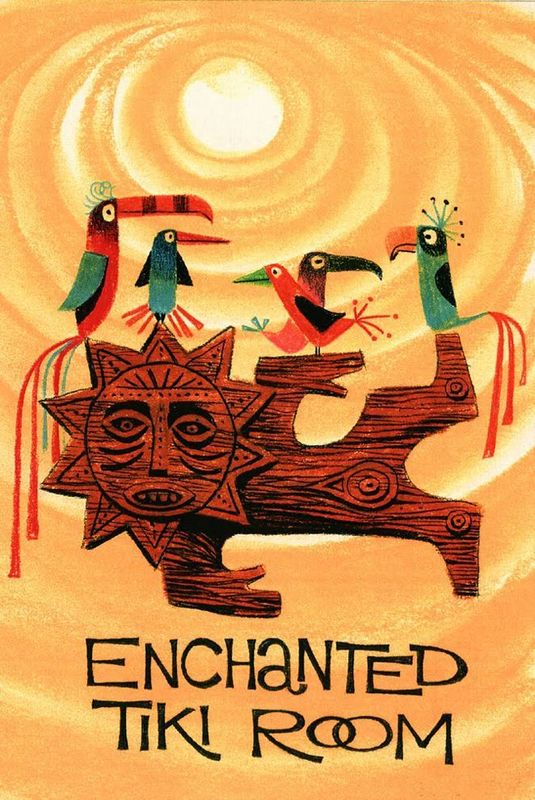 This Herb Ryman concept is a more recent favorite of mine—I love the shades of blue he used to depict an evening scene. The perspective also makes the courtyard look waaaaaay bigger than it actually ended up being! 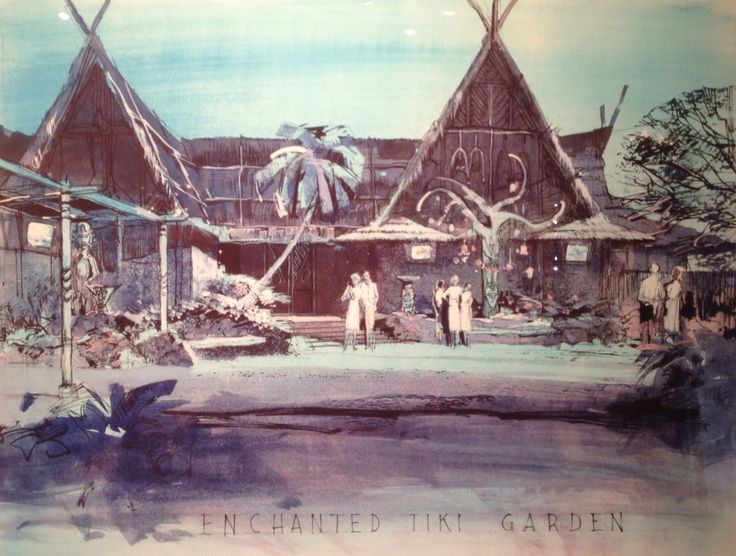 Like many folks, I’d always assumed these last two were discarded Tiki Room concepts, until the Disney Archives revealed at Destination D they’d discovered this art was from the abandoned “Legends of the Enchanted Island” animatronic show for the Coca-Cola pavilion at the 1964 World’s Fair (which would have featured a cast of singing birds and an erupting volcano, natch). 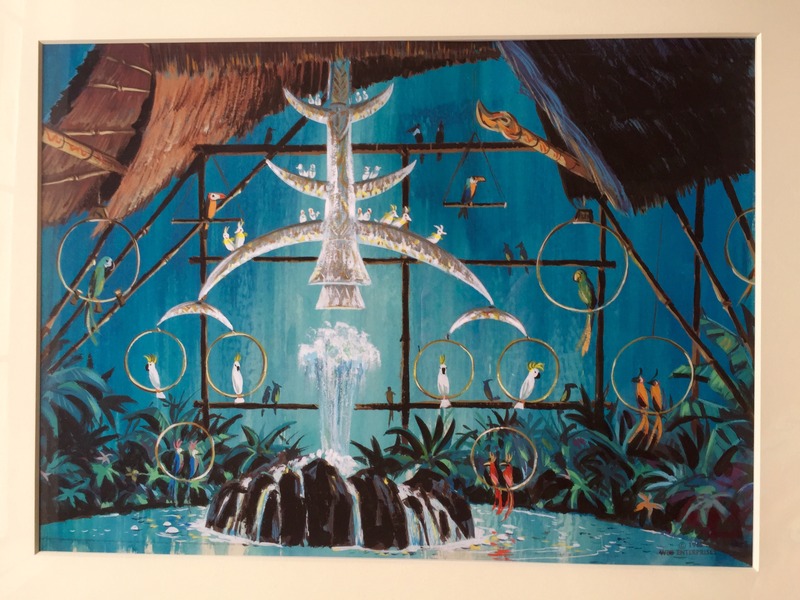 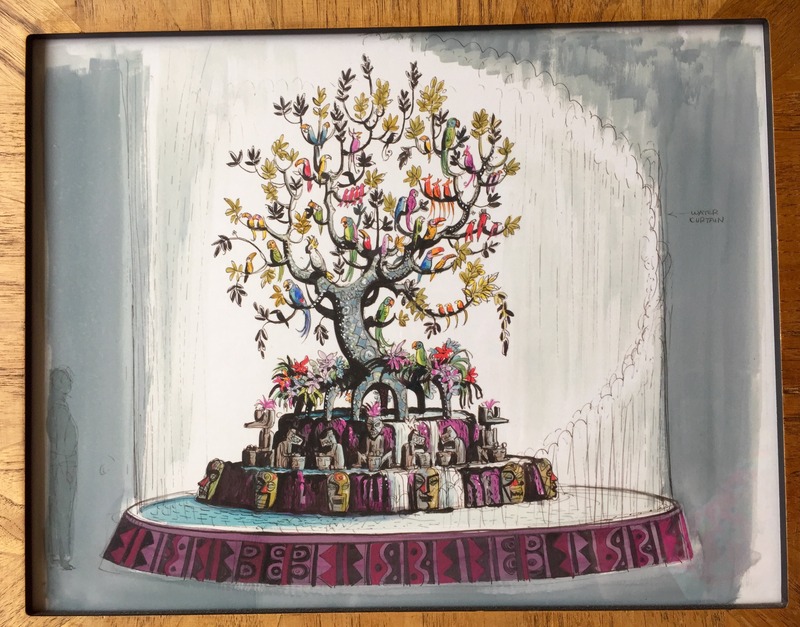 And then there’s this tray, my favorite souvenir from D23 Expo a few years ago. 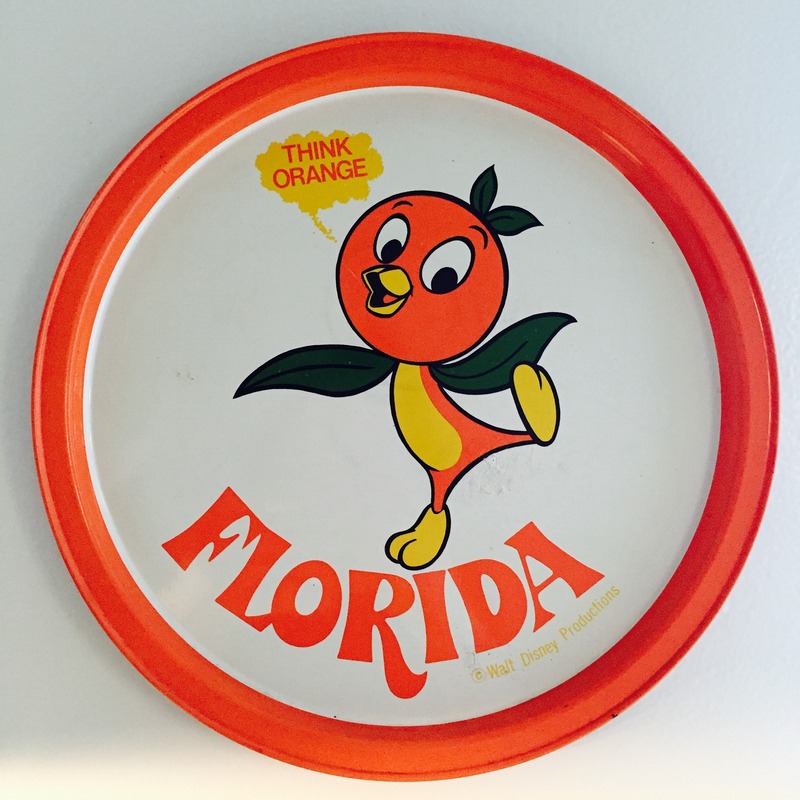 As you can see, I invested heavily in Aaron Brothers’ stock of faux bamboo frames back in the day, before I even had art to put in them. Still, I wish I’d bought more! Now that the style has been discontinued, I had to come up with something complementary in order to frame all the pieces I wanted in the breakfast nook. 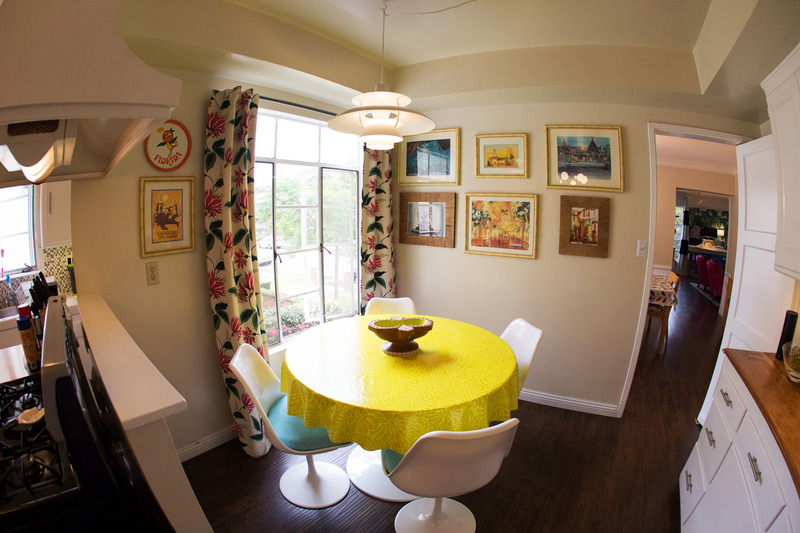 Also, in case you’re into that stuff, the Louis Poulsen lamp and tulip table + chairs are all knockoffs from eBay and Amazon. The curtains are vintage barkcloth that had been deconstructed for sale as yardage on Etsy; my crackerjack seamstress turned them back into curtains for $19! 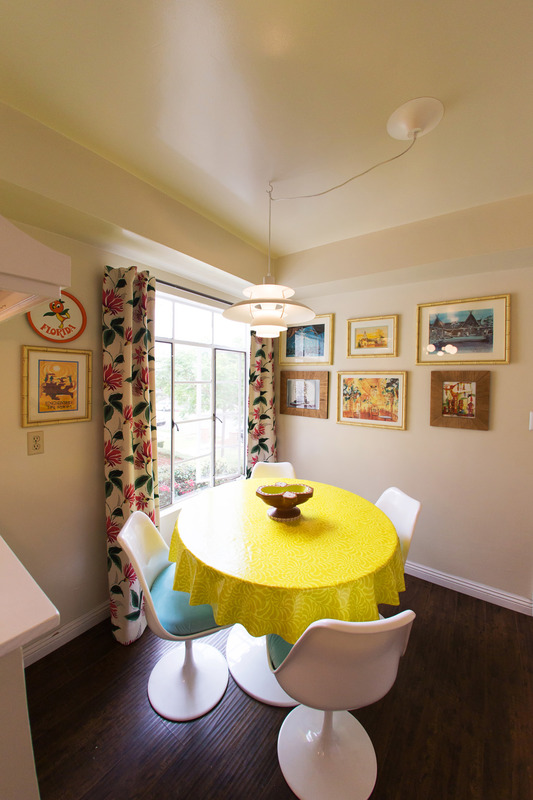 How to Create a Magnetic Gallery Wall

Our Moroccan Patio Is on Apartment Therapy!